As it is written on the national portal of India: "A career in defence forces promises one of the most prestigious and respected positions in the country". It certainly is true, If you are after a job that provides an overall growth to your personality and life, you must consider a defence job in India.

There are many ways to join Defence forces in India. Here we will discuss all of them briefly.

The land-based branch of Indian Armed Forces. It is the 2nd largest standing army in the world, with around 1.25 active troops and 960K reserve troops. Being it so large, it is obvious that it is one of the biggest job opportunity in Defence jobs in India.

There are three types of defence jobs in Indian Navy. First one is Officers, second is Sailors and the third one is as Civilian job.

One can join the Indian Air Force in two ways, the first one is an Officer and the Second one is as an Airman.

If you want to work with pride and touch the sky with glory, join IAF. One can join IAF defence job in any of the following branches.

It is a huge opportunity for many to join the Defence job of Indian Air Force as Airmen. Eligible 10+2 qualified candidates can write the entrance exam and join the IAF as Airmen in Group X or Group Y.

If you are into medical and want to serve in Defence forces be it Armed, Air or Naval, you can serve them through DGAFMS. It is an integrated medical service to all three forces. One can achieve higher posts like Lt Gen / Vice Admiral / Air Marshal in DGAFMS.

If you want an adventurous life and serve the nation, this one can be an amazing career option as an officer in Indian Coast Guard. There are a variety of posts in Indian Coast Guard, some of them are Navik, Store Keeper, Foreman, MTS, Lascar, Engine Driver, Yantrik etc.

There are two paramilitary forces, first one is The Assam Rifles which is the oldest paramilitary force of India and then there is The Special Frontier Force which was created to conduct covert operations behind Chinese lines in the event of another Sino-Indian War. If you are an Indian citizen and looking for defence jobs Paramilitary Forces are one solid platform.

The following five defence forces which were considered paramilitary forces before 2011, later reclassified as Central Armed Police Forces, they are in control of Ministry of Home Affairs. (We've provided the upcoming defence jobs 2022-23 links with all the defence organizations).

Similar to other defence forces, CRPF also offers a variety of jobs to serve the nation. If you are looking for defence jobs in CRPF, you should keep the track latest recruitment notification. CRPF Recruitment 2022

ITBP is one of the toughest defence services. If you are an adventurous person, you can join ITBP on the posts like Constable, SI, HC, Asst Commandant (Engineer), Medical Officer, Veterinary Officers, Motor Mechanic and many more. ITBP Jobs 2022

With more 75K active personnel SSB is serving the nation by keeping its border areas safe from neighbouring countries. The personnel are appointed through competitive exams conducted by UPSC and SSC. You can join SSB on a variety of posts such as Constable, SI, Commandant etc - Join SSB More Defence / Investigation Agencies under the Ministry of Home Affairs:

Other than central defence organizations there are enough defence jobs opportunities on the state level as well. Most of the defence jobs under a state government are in State Police departments. Every Indian state has its own State Police. Most of the state police departments conduct competitive exams by themselves and appoint the candidates and some uses subordinate selection commission to appoint the police staff. Listing of all state Police jobs pages.

There are many defence jobs opportunities after 12th class. For example, you go see the Indian army rally after your 10th or 12th. If you have Mathematics in 12th, you can appear for NDA exam to join any of the three forces. You can keep track of this particular page for all kinds of defence jobs. If you are looking for jobs other than defence you must go through this 10th/12th pass jobs listing.

The age criteria is very important in most of the recruitments in defence organizations. If a candidate has done his or her graduation, there are a variety of entry scheme they can opt for. For example, one can appear in CDS exam and there are other entries we have already mentioned above. If you are looking for jobs other than defence you must go through this Any Graduate Jobs listing. 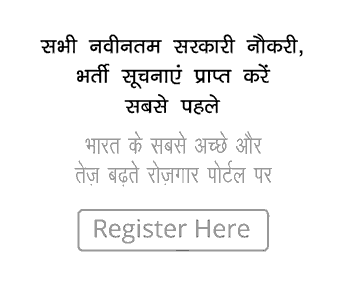